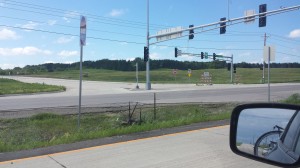 Decline isn’t a result of poverty. The converse is actually true: poverty is the result of decline. Once you understand that decline is baked into the process of building auto-oriented places, the poverty aspect of it becomes fairly predictable. The streets, the sidewalks, the houses and even the appliances were all built in the same time window. They all are going to go bad at roughly the same time. Because there is a delay of decades between when things are new and when they need to be fixed, maintaining stuff is not part of the initial financial equation. Cities are unprepared to fix things — the tax base just isn’t there — and so, to keep it all going, they try to get more easy growth while they take on lots of debt.

Go read the rest — it is fascinating.